What You Should Know About Monkeypox

WHAT YOU SHOULD KNOW ABOUT MONKEYPOX

Monkeypox cases in the United States are very rare. Monkeypox, which can be passed to animals and humans, is usually found in Central and West Africa. As monkeypox cases rise in Europe and other parts of the globe, health authorities are expressing concern about the unusual uptick. As such, the Centers for Disease Control and Prevention (CDC) recently issued an alert urging doctors and state health departments in the United States to be vigilant.

Monkeypox is a rare disease caused by infection with the monkeypox virus. Monkeypox was first discovered in 1958 when two outbreaks of a pox-like disease occurred in colonies of monkeys kept for research, hence the name “monkeypox.”

The first human case of monkeypox was recorded in 1970 in the Democratic Republic of the Congo during an intensified effort to eliminate smallpox.

The main disease carrier of monkeypox remains unknown. However, African rodents and nonhuman primates (like monkeys) may harbor the virus and infect people.

Again, Monkeypox cases in the United States are very rare. Monkeypox doesn’t occur naturally in the country, but there have been cases associated with international travel or imported animals from areas where the disease is more common.

CDC scientists are collaborating with the Massachusetts Department of Public Health to investigate a situation in which a U.S. resident tested positive for monkeypox on May 18, after returning to the U.S. from Canada.

The CDC is also tracking multiple clusters of monkeypox that have been reported in early to mid-May in several countries that don’t typically report monkeypox, including those in Europe and North America.

It’s not clear how people in those clusters were exposed to monkeypox. Health care providers in the United States are on alert for patients with rash illnesses consistent with monkeypox.

The illness begins with:

Within one to three days (or sometimes longer) after a fever begins, people may develop a rash, starting on the face and then spreading to other body parts.

Lesions progress through the following stages before falling off:

The illness typically lasts for two to four weeks. In Africa, monkeypox has been shown to cause death in as many as 1 in 10 people who contract the disease.

Transmission of monkeypox virus occurs when a person comes into contact with the virus from an animal, human or materials contaminated with the virus. The virus enters the body through broken skin, the respiratory tract or mucous membranes (eyes, nose, or mouth).

The main disease carrier of monkeypox is still unknown, although African rodents are suspected of playing a part in transmission.

Several measures can be taken to prevent infection with the monkeypox virus:

Currently, there is no proven, safe treatment for monkeypox virus infection.

VANTREO is here to help. If you have a question related to your benefits insurance, Reply here. 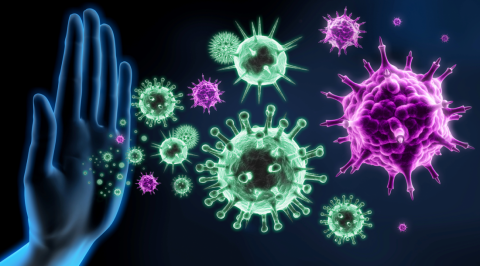