What is a nuclear verdict?

Nuclear verdicts refer to exceptionally high jury awards—generally, those exceeding $10 million. Such verdicts have become increasingly common in the past decade. In fact, the National Law Journal reported the average jury award among the top 100 U.S. verdicts more than tripled between 2015 and 2019, skyrocketing from $64 million to $214 million. Furthermore, 30% more verdicts surpassed the $100 million threshold in 2019 compared to 2015.

A variety of factors have contributed to this trend, including rising litigation funding, eroding tort reform, and, above all, deteriorating public sentiment toward businesses. Amid growing corporate distrust, businesses have not only been expected to meet higher standards within their operations but have also been held more accountable for their wrongdoings. Upon being sued and taken to court, businesses have frequently encountered juries that are sympathetic to plaintiffs. Compounding this issue, there’s a rising perception that businesses (especially large ones) can always afford the cost of damages. This means juries are likely to have fewer reservations when awarding substantial damages to plaintiffs, resulting in nuclear verdicts.

Nuclear verdicts can carry significant consequences for businesses of all sizes and sectors, causing lasting reputational harm, posing underinsurance concerns, and wreaking large-scale financial havoc. That’s why it’s vital for businesses to better understand these verdicts and how to prevent them. This case study summarizes a recent nuclear verdict, outlines factors that led to the verdict, highlights associated compliance considerations, and provides related risk mitigation measures.

In September 2017, an 18-year-old college student at the University of North Florida was killed in a motor vehicle crash while driving on Interstate 95. When the crash occurred, the victim had been held up in standstill traffic for more than an hour. This traffic buildup resulted from a truck driver employed by AJD Business Services getting distracted by his phone and running into another vehicle, subsequently flipping his truck and igniting a fire. Further investigation revealed the truck driver lacked the necessary licensing to operate a commercial vehicle and had been involved in multiple other crashes in the past—information AJD Business Services was unaware of because the company failed to conduct a background check before hiring him.

While stopped in traffic due to the accident, the victim was fatally struck by another truck driver employed by Kahkashan Carrier Inc. The truck driver had the vehicle’s cruise control set to 70 mph and didn’t brake until just before ramming into the victim. Further investigation revealed the truck driver was on his 25th hour behind the wheel when the crash occurred, significantly surpassing the maximum driving time permitted under the Federal Motor Carrier Safety Administration’s (FMCSA) hours-of-service (HOS) rules. The truck driver also couldn’t read English, preventing him from understanding electronic warning signage in the miles leading to the traffic congestion.

In the aftermath of the fatal crash, the victim’s parents filed a wrongful death lawsuit against AJD Business Services and Kahkashan Carrier Inc. for their respective roles in the incident. In August 2021, after five days of testimony and four hours of deliberation, a Nassau County jury awarded $100 million to the victim’s parents for pain and suffering related to their loss, as well as $900 million in punitive damages against AJD Business Services—contributing to a total verdict of $1 billion. These damages substantially exceeded AJD Business Services’ insurance policy limit of $1 million. According to the FMCSA, both carrier companies are no longer active.

Factors that led to the verdict 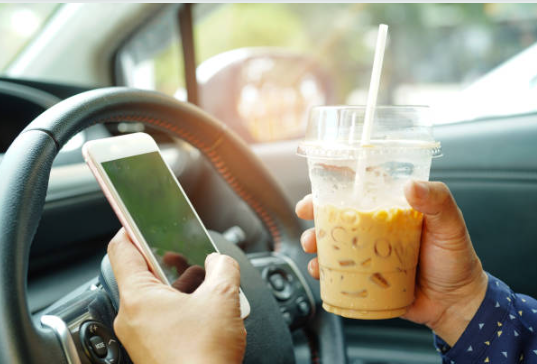 The truck driver, employed by AJD Business Services, was looking at his phone when he ran into another vehicle, causing the initial traffic buildup. This incident is an example of distracted driving. According to the Centers for Disease Control and Prevention, distracted driving refers to any activity that may divert a motorist’s attention from the road. These distractions could be visual (e.g., staring at navigation systems), manual (e.g., texting) or cognitive (e.g., daydreaming). Regardless of distraction type, distracted driving is a serious safety hazard that contributes to a significant number of accidents on the road. In fact, the National Highway Traffic Safety Administration reported that more than 2,800 people are killed and 400,000 are injured in crashes involving a distracted driver each year—equating to approximately eight deaths and 1,095 injuries per day. 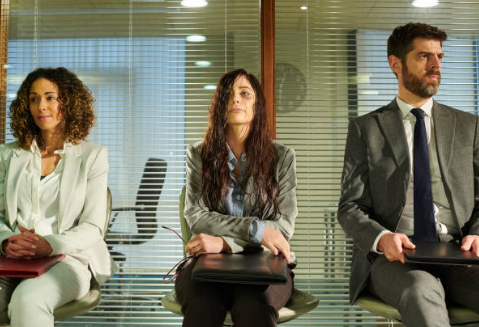 AJD Business Services opting not to conduct a background check on its truck driver and Kahkashan Carrier Inc. employing a driver who couldn’t read important road signage—employment decisions that both played a role in the fatal incident—constitute negligent hiring. Such hiring entails a business failing to exercise adequate care in the employment, retention, or supervision of its workforce, thus resulting in “reasonably foreseeable harm” to another party. In other words, a business could be held liable for damages if it knew or should have known (had it taken appropriate measures) that an employee was unfit for their role upon hiring them, and this unsuitableness results in illness, injury, or other damages to another party.

This nuclear verdict also poses several compliance considerations, particularly as it pertains to upholding FMCSA regulations. Here’s a breakdown of those considerations:

Hand-held cellphone restrictions The FMCSA prohibits the use of hand-held cellphones among drivers of commercial motor vehicles (CMVs). This prohibition includes using at least one hand to hold a cellphone while making a call, dialing on a cellphone by pressing multiple buttons, and reaching for a cellphone in a way that requires substantial maneuvering or moving from a seated position behind the wheel.

Language requirements The FMCSA requires all CMV drivers to be able to speak and read the English language sufficiently enough to communicate with the public, comprehend road signage, respond to law enforcement officials, and complete driving- and vehicle-related reports.

To avoid nuclear verdicts similar to the one resulting from this case, businesses should follow these mitigation tactics:

Minimize distracted driving concerns. Train employees on the main types of distractions behind the wheel and how to avoid them. In addition, create a distracted driving policy that prohibits various activities on the road—including personal grooming, eating, drinking, reading, fumbling with the radio or GPS, and using hand-held devices. Have employees review and sign this policy to acknowledge they understand it. Be sure to enforce and update this policy as needed. Consider providing positive reinforcement (e.g., companywide recognition) to those who uphold this policy. It may even be useful to implement certain forms of vehicle technology, such as telematics and in-cab video cameras, to further monitor employees and warn them of potentially distracting behaviors behind the wheel.

Prevent negligent hiring. Implement vigilant hiring processes for all positions. These processes should include having job candidates fill out detailed applications, verifying their employment and educational history, contacting provided references, leveraging in-depth interviews and conducting sufficient background checks. Take note that additional screening steps may be necessary for high-risk job roles. For instance, when filling CMV driver positions, be sure to review candidates’ motor vehicle records, required licensing and accident history. Upon hiring employees, provide them with proper training and supervision to set them up for success. Perform required reviews to document employees’ driving performances over time and take any complaints filed against staff seriously. 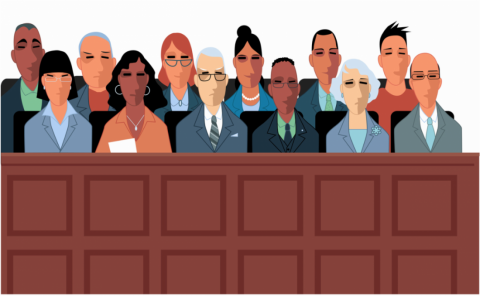