How To Get People To Say "Yes" More Often

How To Get People To Say "Yes" More Often

Steve Job's once said, "Most people don't get because they don't ask". He explained, "sometimes, that's what separates the people who do things from the people who just dream about them." video

Early in my career, I worked in the accounting department of an insurance brokerage in San Francisco. At that time, I had no idea what insurance brokerages really did but I knew I wanted something beyond the accounting department in my future. I had been reading a book called "The Best Way in the World for a Woman to Make Money". It was about how to get in and move up in an organization through executive sales. It sounded exciting to me.

Of course, with no selling experience and having created some value in the accounting department, my next step felt like a big leap. I would have to ask someone (likely more than one) to agree to let me move out of accounting, learn insurance, and transition into selling it to businesses.

The fear set in. If I ask, they'll know I am not interested in staying in accounting forever. I could end up losing my job.

That said, I also knew I was committed to doing something I was passionate about and something that would create new value for the organization.

With that, I summoned 20 seconds of courage, walked into my manager's office, and asked.

Ultimately, I got my "yes". Boy, it felt good. It changed the trajectory of my career.

Don't Be Afraid Of Failing

Whether they say "yes" or "no", we come out ahead. We gain perspective. We learn. Often, new doors open. We cannot let "fear of failing" stop us.

Asking "gets it out there". It cracks the door open to possibility and consideration.

The truth is that most people will do what they can to help people who ask them. It's rare that a genuine request will end a relationship, cause humiliation, or result in an irrecoverable set-back.

In fact, the reverse is true...asking often brings people closer.

VANTREO is here to help. If you have questions, just Reply here. 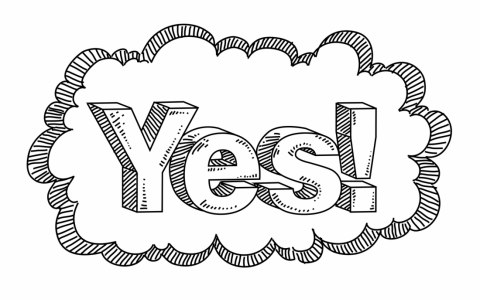