How to recognize and react to a workplace violence threat.

Fortunately, as the risks and exposures we face in this world evolve, so does the world of risk management and insurance.

Unfortunately, the need for protocols, protection, and insurance against workplace violence is becoming a “new normal”.

OSHA (the Occupational Safety and Health Administration), reports that there have been nearly 2,000,000 incidents of workplace violence, since 1966, in this country. Experts estimate that as many as 25% more occur, but go unreported…typically because the victim was unable to recognize or understand the threat, was afraid of retaliation, or was without access to an effective reporting system.

David Smith, founder of Professional Workplace Interaction, Inc. counsels business owners and managers to train all team members in how to recognize and react to potential workplace violence.

Stage 1 – Mouthing Off – The offender is outwardly confrontational and degrading, typically using abusive language. This behavior can include spreading lies and rumors, profanity and sexually-explicit language. Even talks of suicide can be an indicator.

Stage 2 -  Blatant Disregard and Threats – The outbursts have evolved from abusive to threatening, just shy of direct physical confrontation. The offender blatantly disregards the organization’s policies and procedures, typically justifying it using blame as a mechanism of self-defense (as if someone made him/her act it out). This is also when things are typically expressed in writing – most often in email, text or social media. This action marks the difference between abusive language and an actual threat.

The key is in providing proactive training regarding how to respond during a physical confrontation. When we know how to handle a situation, we are much better prepared when it happens.

While violence takes many forms across most industries, those that serve clients with mental and physical health issues, serve alcohol, or where money changes hands, have typically higher risk.

According to the Bureau of Labor Statistics, the vast majority of violent incidents occur in the healthcare and social services sectors. Other common “violence prone” occupations include transportation, utilities, retail, hospitality (including food service and drinking places), schools, and more recently those working in the cannabis industry.

While an organization may already carry general liability, business interruption, property, or workers compensation insurance, there is no guarantee that they will apply in the case of a workplace violence or deadly weapons attack. For example, a general liability policy responds based on the negligence of the insured. The workplace violence policy, if one is in place, protects the insured whether negligent or not.

Workplace Violence policies are designed to cover some of the most prevalent gaps in traditional insurance policies. 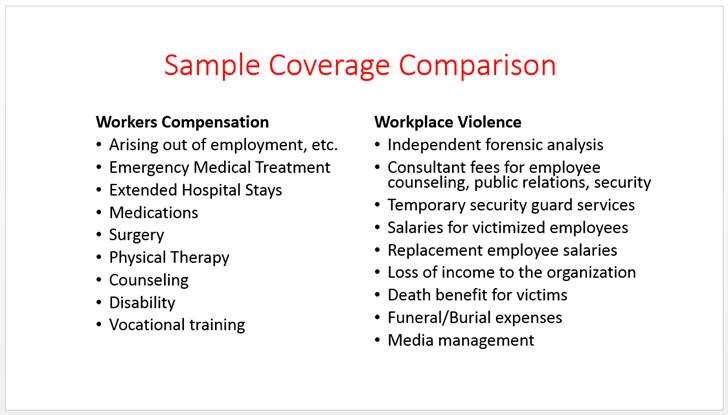 VANTREO is here to help. If you would like more information on Workplace Violence insurance, just let us know. Reply here. 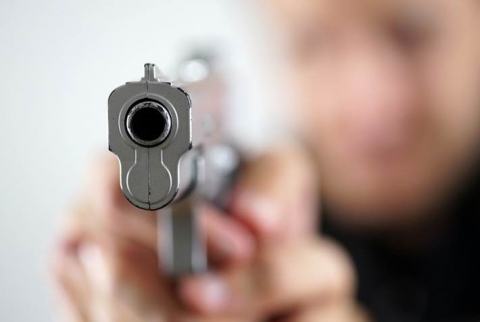