Key coverage provisions to understand before something happens

In 2008, most employment practices claims came from wrongful termination. By 2012, the majority of claims were the result of retaliation, and race & sex discrimination (including harassment and pregnancy discrimination). Since 2017, wage & hour claims have moved to center stage.

EPLI is the insurance that covers wrongful acts arising out of the employment process such as wrongful termination, sexual harassment, discrimination, invasion of privacy, emotional distress, wage & hour violations, Americans with Disabilities Act violations, and more. Wrongful acts made by non-employees are excluded unless specifically endorsed for coverage.

1.  Wrongful Acts (as defined by the policy) are included for coverage. Intentional acts are excluded.

2.  Wage & Hour damages are excluded. Defense cost coverage for Wage & Hour claims may be included with a sublimit (typically not more than $100,000) if endorsed.

3.  Punitive damages (damages exceeding simple compensation and awarded to punish the defendant) can be an optional coverage. It is subject to state law. California, for example, does not allow insurance to cover punitive damages.

4.  The insurance company chooses the attorney who will defend the lawsuit on the employer’s behalf. The chosen attorney typically comes from a pre-selected panel of approved attorneys who are employment law specialists. In some instances, the employer’s counsel may be used if the choice of counsel was approved by the carrier in advance.

5.  EPLI policies typically include a self-insured retention (SIR) instead of a deductible. An SIR is an amount which the policyholder must pay out-of-pocket for defense costs/losses in the early stages of a claim before the insurer is required to pay anything. This differs from a deductible which is subtracted by the insurer from its total claim payment and then becomes the policyholder’s responsibility.

6.  A claim is “triggered” by a written demand for relief, charges brought before an agency such as EEOC, service of a summons or lawsuit, or regulatory investigation. If a claim is not reported when triggered (or within the timeframe specified in the policy) coverage may be denied.

8.  Breach of contract is generally excluded unless brought with other allegations. The reason for this is that if the insured enters into a contract, it is assumed that the terms will be carried out. If they are not carried out, the assumption is that the company’s violation was intentional.

9.  The policy form will be “Claims Made” instead of “Occurrence.”. This means that the policyholder can only receive benefits if they are covered at the time the claim is filed with the insurance carrier.

10. It is wise to notify the carrier of facts that have surfaced that may give rise to a future claim (but for which no current claim exists). Putting the carrier on notice of an unrealized possibility does not typically impact the cost of the policy renewal but can secure important protections under the policy should a claim actually materialize later.

VANTREO is here to help. If you would like more information on Employment Practices Liability Insurance, just let us know. Reply here. 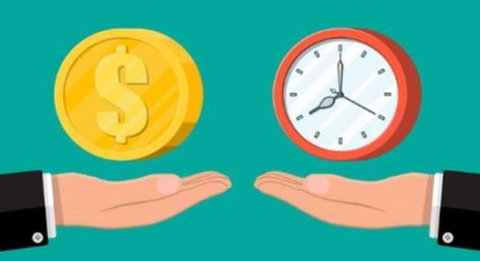